At the point when the « Causses et Cévennes » was signed up to the Worldwide Heritage, it became nessessary to reinforce the protection of the area surrounding the gorges and of the Cirque de Navacelles. This is why the second phase of the « Opération Grand Site » intends to extend the classification to all the parts already subscribed.  Thus the newly classified site, which include the Causses, will provide a more complete protection for the varied landscapes that make up the « Grand Site » de Navacelles. 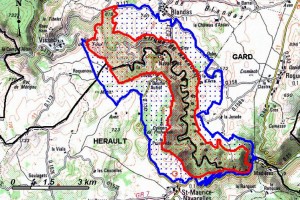 The perimeter of “OGS”

The perimeter of the « Opération Grand Site  du Cirque de Navacelles » is not based on administrative limits (communal boundaries), but on the geomorphological, geographical and bioclimatic limits that are the Southern Causses and which correspond to Natura 2000 zones. These zones are coherent not only in terms of biodiversity, bioclimate, culture and shared history, but also in practical terms for the visitor and for the management of the territory (DOCOB). 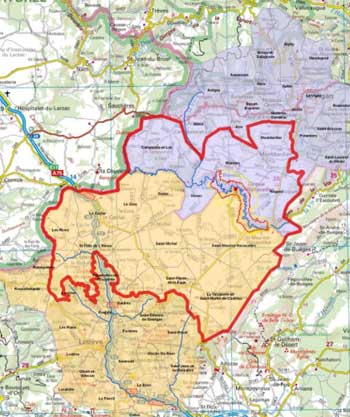 With the same cultural identity : these zones are part of the « Causses et Cévennes », subcribed to the Worldwide heritage since 2011

Bordering the « Parc Naturel Régional des Grands Causses » and the edge of the « Parc National des Cevennes » , the « Grand Site de Navacelles » is integrated in the heart of the « Causses et Cevennes »  It is a UNESCO world heritage site recognised as being an evolving cultural landscape of mediterannean agropastoralism. These types of landscapes bear witness to Man’s work over the centuries: the shaping of the land through agropastoral activities: animal breeding, cheese production, diverse crops… This shows the coherence of the Grand Site which focuses on the three Southern Causses. The strategic organisation of the OGS is in line with the aim of preserving these landscapes by reinforcing the existing agropastoralism.

The exceptional natural areas that are made up of the gorges de la Vis and the Causses are included in six Natura 2000 sites, under the titles Habitats and Birds. The goal is to protect the unique habitats found in and on slopes, cliffs, watery areas and karstic plateaus, and the animals and plants that live there.  The Natura 2000 sites are managed by the CPIE of the southern Causses. Under the heading « Habitat », Natura 2000 provides a way to manage the plants that grow on the Grand Site and its landscapes, the cultural landscapes of agropastoralism subscribed to the Worldwide Heritage. The DOCOB help to promote agropastoralism and also manage the Causses, the gorges, the ripisylve and the river. 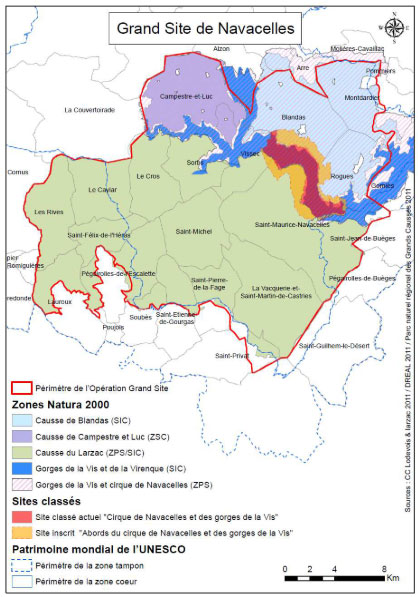